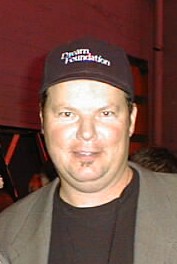 Christopher Cross is the forefather of yacht rock. He wrote the song, “Sailing”, for God’s sake, the damn epitome of the genre! Before I proceed, it is imperative to not be confused by Kris Kross, the Mister Mxyzptlks of hip hop. This happened to me, and I was ashamed to believe for a moment that Christopher Cross converted to playful hip hop. In my defense, if anyone could make such a wild transition, it is the Christopher Cross.

Is it just me? Does the guitar solo at the end of “Ride Like The Wind” rock too hard? If Michael McDonald did not sing background, it might not qualify as yacht rock. Perhaps that was the point. Touché, Christopher Cross, touché.

So what happened? He was so huge in the early ’80s. Hit after kinda hit, “Never Be The Same”, “Arthur’s Theme (Best That You Can Do)”,”All Right”, “Think Of Laura”, a haunting tribute to the soap opera General Hospital. [FACT CHECK: There is nothing haunting about that song. It’s mindless, yet melodic, I guess.] He even won some Grammys. It turns out that video does kill the radio star. MTV comes around, and poof, he’s gone, he’s done, sayonara Christopher Cross, domo arigato Mr. Roboto. There has to be some metaphor or moral, but sadly it all comes down to this: it’s hard to maintain a musical career when you look like Christopher Cross.

person who switches gender with purposeful sexually ambiguous wardrobes, which makes them appear neither man nor woman, thus genderless

synonyms: I don’t know; “It’s Pat”, the SNL sketch, not that feeling on your buttocks; heads, it’s a man, tails, it’s a woman

“O.M.G., that Christopher Crossdreser is confusing the living bejeezus out of me, male, female, German Transformer or bear?”

“Christopher Crossdressers need to be recognized by the LBGTQ community, so I will vote yes to the LBGTQC bill.”