I hate this proposal: if you were deserted on an island, what ten discs would you bring? It’s such a stupid question, so stupid, for it is unlikely that you are even going to have electricity. Also, listening to music is a luxury, living on a deserted island is the total opposite. Any sense of me time is more like, how am I going to survive through the night time? Like the end theme of Gilligan’s Island says, “Not a single luxury.” Words to live by, or die by, kind of like aloha.

This question can’t be taken lightly, because you know that if it really happened, you’re going to be held to what you say. That’s how things work. Odds are, I’m gonna be stuck with an Ipod with only three minutes of juice left, and right in the middle of the good part of “In-A-Gadda-Da-Vida” [3:18 to be exact], and due to a flippant answer be stuck with Air Supply’s Greatest Hits.

Of course, the person asking you the question is going to be all impatient and demand an answer. So after pondering over an existence of solitude on some deserted island with the possibility of no electricity, I came up with this album:

First thing I’d do is boomerang toss the worthless piece of vinyl into the body of water that surrounds me, and take eight seconds off for serious me time. Do you feel me?

It will definitely change the way I look at the foam that forms when the ocean washes over the sand. 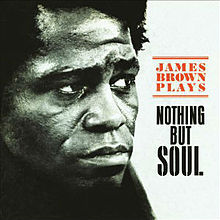