Who could forget the band Quarterflash? Apparently, millions of people. But mention the song “Harden My Heart”, and you’ve got a collective memory that can recite the following lyric, “I’m gonna swallow my tears.”

Quarterflash formed in 1980 in Portland, Oregon and consisted of Rindy Ross on vocals and saxophone with husband, Marv Ross on guitars.

And now, a pop music daffynition.

Quarterflash In The Pan

The briefest period of sudden success by an artist similar to magician’s flash paper. A big splash followed by a state of nothingness.

synonyms: millisecond, quickie fart, blast from the past

“I sure wish Imagine Dragons were the Quarterflash In The Pan of the 2010’s.” 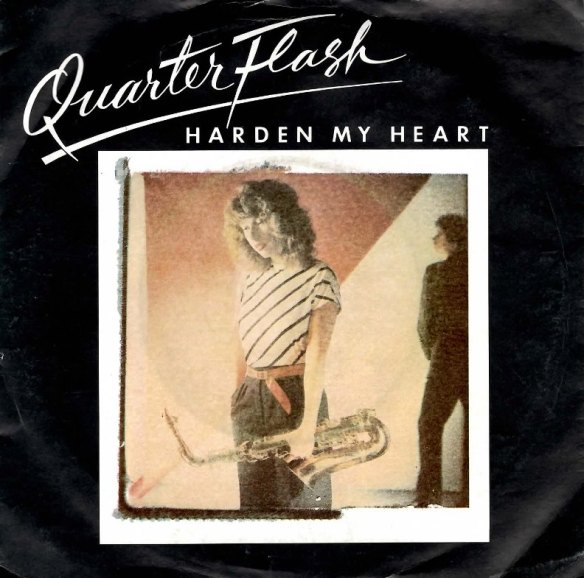 “Andy Warhol spoke of the ten minutes of fame everyone will possess, so a Quarterflash In The Pan is only one fourth of that, so two and a half minutes, sad, that could be me.”