As a 54 year old Korean man, which I preface everything I say with, I am baffled by the celebrity status of the Justin Timberlake. I respect him as an actor. He is as competent, compelling and believable as Mandy Moore or Dean Martin, maybe more so. Watch In Time, a sci-fi movie starring JT from 2011. It’s not the best movie, nor is it the worst, entertaining enough.

He ain’t no Oscar contender (yet),  but he has cred amongst the Hollywood echelon. I can tell you this, he is a much better actor than Keith Gordon of Christine and Back To School. I despise that no-talent movie ruiner. You know there’s a problem when a demonic car with no lines out acts you. Though, it turns out that I do respect his directing skills, because he has directed a few episodes of my current favorite TV show, Fargo. 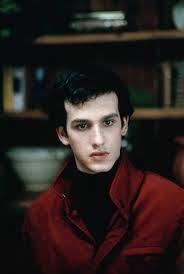 Here’s the puzzling part. Why can’t I respect him as a musician? He’s a dazzling performer, he’s got Caucasian Michael Jackson moves, yet underneath all that veneer, the music is flat and unmemorable.

I know this. His stint with *NSYNC or ‘N Sync or NSYNC was teenage fodder. (I didn’t know this: JustiN, ChriS, JoeY, JasoN, and JC, mind blown.) I wasn’t supposed to like it, I was one of those full-fledged adults. The only song I found tolerable was “I Want It That Way”, and that’s because “Weird Al” Yankovic parodied it in the form of “Ebay”. And guess what? That wasn’t even *NSYNC, it was their doppelgänger cousins, Backstreet Boys.

I suppose I’m okay with “Bye, Bye, Bye”, in the same way I am with Wilson Phillips, “Hold On”. Go ahead, you want to hear it. I fully understand if you don’t. It’s a good film montage song.

If you ever see me in the presence of a JT song, it is for ironic reasons, or a complicated mistake, or I am quickly running away from the scene.

It pains me a little inside that I’m not in touch with the musical side of a celebrity I like. Russell Crowe is another beast entirely. I dislike that Aussie blob of pomposity through and through, especially his music! [Ish and meh for Kevin Bacon.] Don’t tell anyone, but I actually liked Crowe in The Nice Guys [2016], his portrayal of Nick Nolte from 48 Hours is decent.

After wracking my brain, I came up with a way for Justin Timberlake to enter my zeitgeist of pop music relevance. A team-up of epic proportions, like Wolverine and Ginsu® Knife. Wait for it…

Justin Timberlake and Palmer. Imagine the sheer combo of prog-rock polyrhythms from Carl Palmer mashed up with the white soul r & b gloss of Justin Timberlake. My Kenny G-Spot is tingling like Spider-man trapped in prison with all the villains he put there.

1 thought on “What’s Up With Justin Timberlake?”