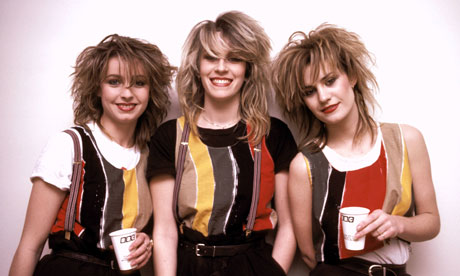 Sara Dallin, Siobhan Fahey and Karen Woodward are Bananarama, a competent (as opposed to power) trio that formed in 1979. In fact, they may be the rival opposites of ZZ Top and Rush in a world divided into a perfect three (which I believe is a Rush song).

Bananarama debuted with credibility and potential, and like so many things, turned to crappola chasing after the money and fame. (Just learned that crapola is some sort of cranberry apple granola concoction, and crappola is a whole load of crap, like the stuff in Jared Kushner’s pants.)(I’m not saying Kushner has incontinence issues, just that he must be scared about his future.)(I’m also not saying that it wouldn’t be funny if he had incontinence issues, he deserves it.)

So far, so good; now here comes The Fonzie and the shark. In 1986, Bananarama made a pact with MTV and Satan, then released “Venus” and “I Heard A Rumour”. They became MTV superstars and gained similar historic status to “The McDLT”.

It makes perfect sense that their career pretty much ends shortly after. Sure, they’ve attempted comebacks, but you can only take unison singing from a girl group for about 7 years, before you get sick of it, and unless you can come up with something a little more creative, you are what the kids call “dead in the water”.

act of starting out coherent and meaningful, but with time and age, becoming incoherent and even insipid

“Before she started drinking, she was cool, but as she got inebriated, she went all Bananarama Ding Dong on us until she passed out in a pool of her vomit and someone else’s.” 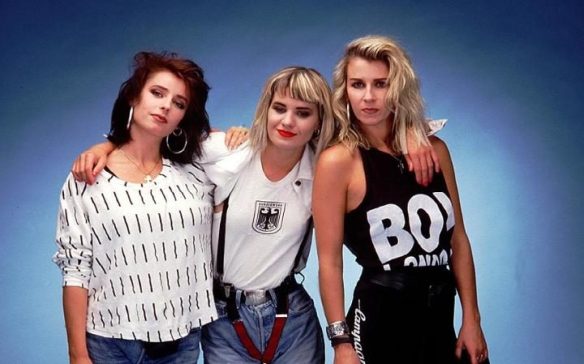 “To say he had a Bananarama Ding Dong moment as he was violently convulsing, obviously having a seizure was an understatement, as well as sorta cruel.”

1 thought on “Bananarama and a Pop Music Daffynition”