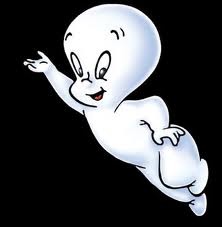 Casper the friendly ghost was not living up to his name. He was still Casper, still a ghost, but not so much with the friendly. He would better be described as despondent, introspective, gothic, but not in the fashionable sense, but in the emotional state, and blubbering like a roomful of mourners. Today, he fully realized the meaning of R.E.M.’s song, “Everybody Hurts”. This is the power of truth.

The morning began like any other morning, Casper woke up only to scare the sun away, as well as all the animals of the forest. He was left alone. This began his pity party, followed by the shame spiral. Then, he made his way to town, only to frighten all the townspeople. Everyday, his entire life, this was the pattern. He cried, then bawled, and then wailed.

Up ahead, he heard a voice, “Dude, shut the fuck up.” The male voice was strained, recently woken. It was a heroin addict lying in the alley. Casper floated towards him.

The addict had an expression of great discomfort on his emaciated face. The ghost was curious, “Why didn’t you run away with the rest of your people? Aren’t you scared of ghosts?”

“Dude, I’m totally cool with ghosts. Most of the people here are too.” He paused to pick a scab on his wrist. A dot of blood replaced the scab.

“Then why? Why do people run away? I’m just trying to make friends.”

“You smell bad, dude. You smell like you wiped your ass with someone else’s ass. It’s sickening.”

“Then why are you still here?”

“Dude, if I could get out of here, I would. Look at me. This grimace, it’s not from the smack, it’s from you. The way you smell, it’s offensive. If you stay here much longer, I’m going to die from your stench.”

Casper nodded slowly and floated away, which brings us back to the start of the tale. He felt useless, maybe even dangerous and too toxic to intermingle with this earth. His thoughts chased circles within circles. How does a ghost die? Once you go ghost, is it an eternal thing like AT&T’s incompetence? Was this purgatory or a second chance to come back to life? Casper closed his eyes and inadvertently fell asleep.

Amidst very disturbing dreams, he woke up to find himself in the middle of a fire. As far as his eyes could see, flames upon flames. Was he in hell? Perhaps that would’ve been a better alternative to the truth. Casper had farted in the middle of his slumber. The methane or ethane mingled with a gas leak, coincidentally placed above a major fault line, and big time KA-BOOM!  In short, Casper destroyed North America.

1 thought on “Fan Fiction with Casper The Friendly Ghost”