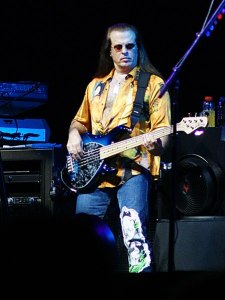 Peter Donnelly could not take another bite, yet he did. But honestly, how could he not take another nibble of the most succulent roasted pig cheek? It was a fatal mistake. His life flashed before him. There was a glitch, and it played over and over the last three years of his life as the bassist in an Elton John tribute band. Sadly, he was not hired for his musical skills, but because of his likeness to Bob Birch, Elton John’s current touring bassist.

1 thought on “Once Bitten, Twice Dead”