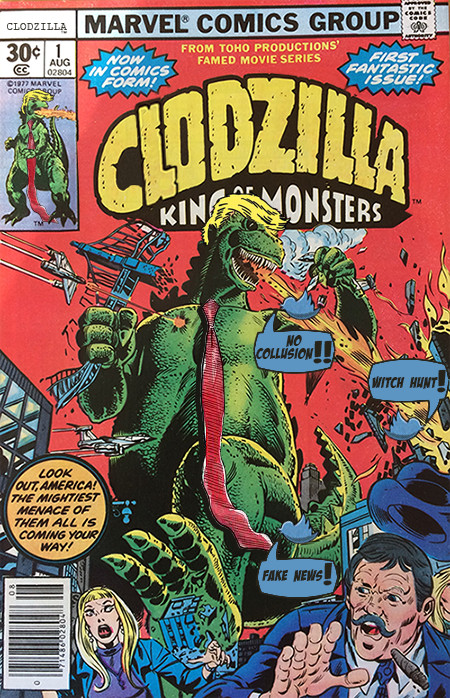 The concept for Godzilla© Week arose from my need to separate my thoughts from America’s current leadership. It is virtually impossible to go 15 minutes without thinking about that orange dictator-wannabe. Being a non-Caucasian American, this putrid Putin puppet crybaby both infuriates and frightens me. Comic book version of Godzilla™ best sums it up, “Squeeonk!” 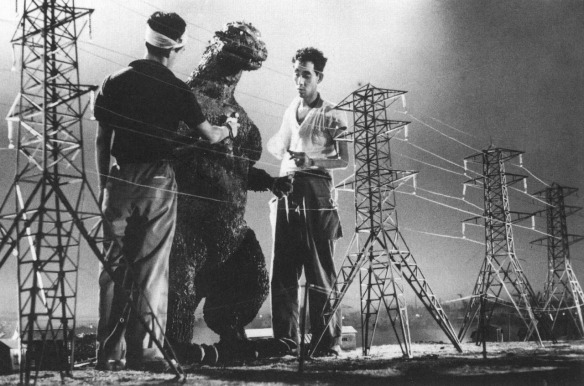 All of this was nothing compared to the invention of Godzilla©, designed by Teizo Thoshimitsu and Akira Watanabe. Godzilla© was a parable for the danger created by stupid careless humans playing with radioactive things. It is not uncommon for parables like this to explain the downfall of mankind’s hubris. Mary Shelley warns us through her novel, “Frankenstein”, the perils of playing God when recreating life from death. Garbage Pail Kids© is merely a parable for the foibles of capitalism, a society where dog eats dog, not to be confused with communist North Korea’s society where man eats dog, and the surviving dog has to live amongst “garbage”.

In 1963, Stan Lee would introduce The Amazing Spider-man© who is bitten by a radioactive spider, which in turn would create the Marvel Universe™ now playing at a theater near you. 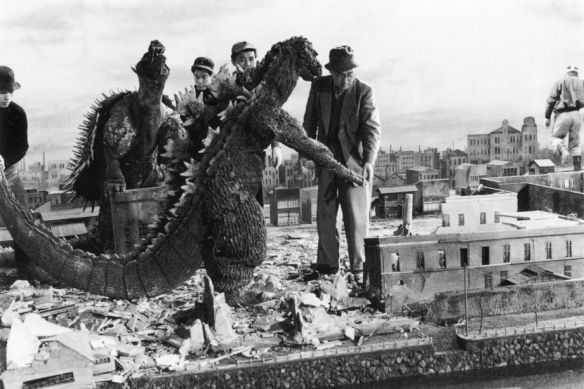 Godzilla©, or Gohira©, as it is commonly called in Japan is a combination of the words gorira (gorilla) and kujira (whale). It is a portmanteau like Play-Doh©, part plastic, part clay and doh, the secret ingredient that makes it so toxic. For over six decades, Godzilla© has entertained audiences worldwide in over 32 feature length movies. Along the way, there were crappy cartoons (Gadzooky© anyone?), inferior comic books, and fearless merchandising from toys to model kits to lighters. In 2019, expect to see Godzilla: King Of The Monsters.

A big topic of debate for Godzilla© is: what gender is it? The simple answer is It’s Pat, a 1994 flop based on the Saturday Night Live character created by Julia Sweeney. Pat, like Godzilla©, is a sexually ambiguous being that could be male or female or both. We will never be certain, nor will we truly care. There is the more than an implication that Godzilla© is male since it is king of the monsters and all. Then again, it gave birth to a son, Minilla©. Ultimately, who cares, as long as Godzilla is destroying cities at a wholesale rate, and not some middle-aged accountant, it is all good.

I would like to retract my last comment. See 1998 film, Godzilla© starring bad automobile driver, who accidentally murders two, actor (1987, look it up, in fact, Google© it), Matthew Broderick. It’s not all good.