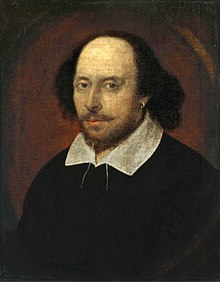 The third most over-rated person after Bono and Sofia Vergara.

William Shakespeare stopped writing. He had to. He dipped his quill in the ink jar and looked up to the heavens. It was the day he feared most. He had officially made acquaintances with the dreaded writer’s block. He muttered, “So this be the feeling of emptiness.”

He tried to yank the hair atop his head, only to realize he was bald there, or hair follicle-challenged as “they” prefer to call it. He knew this moment was inevitable, in the same way a gladiator knows that the streak will end, and the lion will get in a lucky swipe of claw and teeth.

Granted, this brain constipation was much more painless, and it had a different kind of scarring effect. Despair rapidly set in. He tapped his fingers nervously on the desk. He didn’t know it then, in fact, no one would until 1999. It was in essence, Lou Bega’s “Mambo No. 5”.

In a fit of utter desperation, he let his awkwardly large head fall forward, smacking the desk firmly with his forehead. A brief insight: this is how mankind learned to smack machinery when it malfunctions.

William found enough inspiration to write, “Or not to be.”

His mind went blank again. Where once was a sea of words was now a barren void. He banged his head again and scribbled, “That is the question?” before passing out from self-concussion.

When he woke the next morning, face down in his manuscript, he examined what he had written, nodded, and removed the question mark. He went on the write non-stop for the following sixteen days. Up until to the point he was beheaded by the Spanish Inquisition.