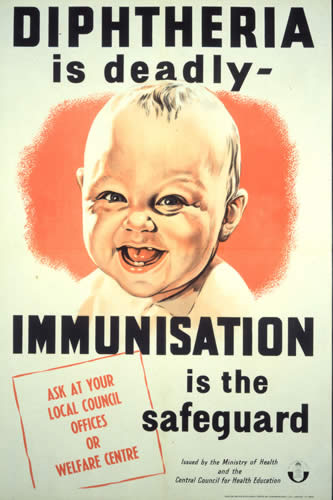 Not only is diphtheria a serious bacterial infection, there is a migrant caravan heading our way through the southern borders. We can never let diphtheria become a citizen. Never!

The results were unquestionable, even conclusive. Roman Moranski had full blown diphtheria. He was far from happy upon hearing these results, but it was nothing compared to Dr. Patel’s wrath. She obsessed over the inconvenience and cost of the decontamination process alone. And don’t you dare get her started on how this would mess up her brand new aquarium filled with the rarest most expensive tropical fish for the waiting room.

Nonetheless, Roman, so focused on only himself, asked, “Is it contagious?”

Dr. Patel expelled the most sarcastic laugh anyone had ever heard, “Contagious? You don’t know the half of it, numb nuts.”

Roman was appalled at first, but his self-centered nature denied the outward disrespect and supplied the following question, “Will I be alright?”

While pacing about the office, eying and prioritizing her belongings, she wanted to say, “Of course you will. But what about me? Me? You twat twit.” Instead she said, “What do you think, man boobs?”

He stammered before speaking, “I’m not sure you can handle what I’m thinking sister doctor. Sure, I “should” have come in sooner. At least for a check up. My bad. Sure, I “should” have realized something was amiss when I felt a thick coating on the back of my throat. But how was I to know that wasn’t a result from Taffy month, which I will admit, I participated 24-7-30. I love a good taffy.” He maintained further annoyance by over-emphasizing the air quotes for should.

Patel nodded as if she cared, but the simple fact was, she was devising a way to slap this clam wit in the face and make it look like an accident.

“I probably “should” have come in when I was having breathing problems, the intermittent paralysis and the stop and go heart failures. But how was I to know that it wasn’t just the side effects of Faslodex®, a drug I frequent recreationally.”

Before she could even ask, Roman responded, “It’s a nice chill high, quite possibly, the exact opposite of crack, which I hear is whack, as in way whack.”