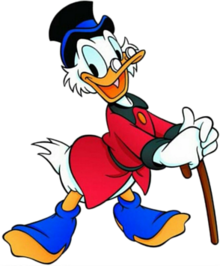 It was twenty days before Christmas, and Scrooge Jr. graced the peasants in the mall with his presence. It was a self-imposed annual event in which he compared and contrasted his superior wealth against the lazy pathetic and poor. Thus far, Scrooge Jr. was winning, while the rest drowned in a sea of their personal failure.

Actually, Scrooge Jr.’s true name was Albert Pardisio. At a very young age, six, he despised the way his name sounded. It made him viciously nauseous. For three years, he went without a name, until one of the older kids, the cruel one, started to call him Scrooge Jr. It was not unmerited for Albert looked and behaved like the fictional old man Scrooge from the movie, Bah Humbug, Bah! To everyone’s surprise, especially his guilty-from-being-born-into-wealth parents, he liked it. In fact, he loved it, and legally changed his name.

The new name helped him focus on the person he is today, a being driven by pure greed regardless of all else. His blind devotion to capitalism ultimately made him move miserly than the fictional Scrooge. To properly place things in perspective, he made Trump seem decent.

Perhaps it was the power of the Christmas season, but today would change Scrooge Jr.’s life.

In a fit of clumsiness, he dropped a fifty-dollar bill over the ledge, and it slowly wafted into the lap of a boy in a wheelchair. The boy looked up and smiled.

Scrooge Jr. had never experienced a first hand smile, only smiles never intended for him, which ended abruptly after seeing his wretchedness. He was stunned. He felt a melting inside him, in his chest, well above his stomach. It was foreign, very similar to heartburn, but pleasant. Being a learned man, he had deduced that this feeling had to be empathy. He felt a radiation from within as if he had an internal x-ray. It was charming. He could not stop smiling. His eyes widened, brightening with what must have been the emotion associated with doing good things unto another. He made a silent declaration that he would always remember this maternal warmth.

Without missing a beat, he sicced his thugs on the boy to take back his money. For good measure, he instructed Bruno The Torturer to rough him up a bit. He assured him that he would safeguard him with the best lawyers.