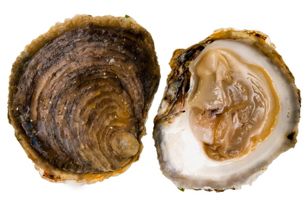 “This is what it looks like when oysters taint. This should never go near your mouth.”

You should have known better. You never eat raw oysters in an ‘r’-less month, and never ever at a Chuck E. Cheese’s® all-you-can-eat buffet. You should have had the common sense and the wherewithal to have stopped after eating one, especially since it tasted like reeking socks. It is morbidly sad that you know what sock tastes like. Your nagging curiosity always manages to get the best of you. You should have known by the texture, raw oysters are usually slimy, and not dry and crunchy. Most surprising, you ate close to a dozen.

Now, you regret taking that “short-cut” cause you’re stuck behind a truck accident. You are so close to your home, your bathroom is just three blocks away. You want to abandon your car and run home.

Your stomach is growling. It’s louder than the radio, so you turn it up. Somehow, this relieves the unbearable cramps, and you clench, as well as shift your ass in the car seat. Mental note: “Mr. Blue Sky” has medicinal properties. You drum harder against the steering wheel, as traffic finally moves. You hold your breath, when you look in the rearview mirror, you’re surprised at how red your face is. You pull up the driveway.

You sit still, in fear that the slightest movement may cause a catastrophic mudslide exuding from your asshole. It’s now or never. You step out of the car, and it hurts, Jesus Christ does it hurt. You tell yourself you’re a hero, and you forge on, actually more like waddle on.

The minute the door closes behind you, you drop your pants and beeline to the bathroom. You want to fart, release that painful pressure, but you know that it is the worst idea you’ve ever had. You try to hum “Mr. Blue Sky”; instead you hear a part-burp-part-chant-part-groan. In a lighter circumstance, that would have sounded cool.

You back up into the toilet and sit. You explode, and your ass gets wet, part water, part poo. It is much louder than you expected. Your phone vibrates against the floor, rattling your pants around your ankles.

You take a deep breath to sigh. The frantic pace finally subsides. It is then that the true horror reveals itself. You are out of toilet paper!