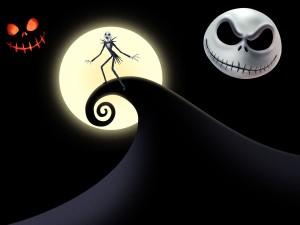 SPOILER ALERT: The true nightmare before Christmas is the social anxiety caused by the pressure of having a “merry” Christmas. It’s time to take a chill pill and finish up the rest of that damn Halloween candy.

He was rudely awoken by a girl screaming right into his face. “Daddy, it’s Christmas!” Dan Rabinowitz could barely open his crusted eyes. As is implied by his name, some people called him Danny. Right now, right here, he was pissed off for countless reasons. For starters, it was 8 AM on a Saturday morning in the middle of July. It was hot; the sweaty gross bed sheets clinging to him like aggressive static hot. To say he was hungover would only be half a truth, for technically, he might still be legally inebriated from mere hours before. Lastly, he was a confirmed bachelor, who did not celebrate Christmas. So it made perfect sense that his main thought was what the fuck?

His pickled brain replayed last night clumsily, only to find major gaps of nothing, while his stomach moaned and forced out intestinal gas. The last thing he could remember was playing 4 o’clock tequila. By using drunken logic, he pieced together, 3 o’clock tequila, 2 o’clock… and uh oh.

He choked, coughing violently, instinctively he gripped his neck with both hands, strangling himself, and performed the most improper Heimlich maneuver and spit up a large lime wedge. Once again, rudely awoken, he said, “Hot damn,” realizing he had experienced the rare dream within a dream. This was definitely an omen that he had to play the lottery. For a moment, he fancied that he was riding the ultra-rare albino parakeet, and going through a dream within a dream within a dream. He was sadly reassured he was not, by discovering he had slept in a pool of his own vomit.