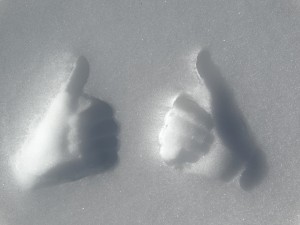 God considered fist bumping Melba, but wasn’t sure if she would survive.

Melba Toast was giddy, and she wanted to tell the world, so she did. To clarify, her name is pronounced just as it is spelled, Melba. It mattered not that it was pouring rain, or that she was drenched to the bone. She had found God, or rather, God found her.

For nearly a decade, she questioned and recently denounced religion; after all, it was her right as an American. To further her nationalism, she had absolutely no compunction spitting upon the poor and elderly, especially those who were both.

One would think, if God was who he was supposed to be, he would frown on such behavior. But quite the opposite, he was encouraging and even said, “You go girl, for I so love the world, I gave my only son, that whoever believes in him, mostly me, shall not perish but have eternal life.”

Melba walked on Lake Michigan, arms wide open, as if ready to hug the world, and exclaimed, “God likes me. He really likes me!” She proceeded to float upwards into the storming clouds, between the bolts of lightning. As she ascended, she looked down at the pathetic mortals and gave them the finger.

A whole world watched awestruck in silence, until a child with a halo over her head said, “No. Fuck you.”