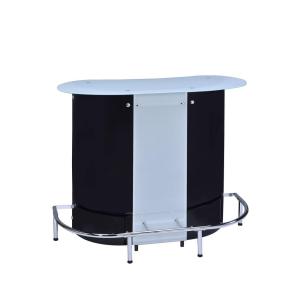 The latest gateway to harder things.

“I am so mad at you.” Simon wagged his finger at Phil as he waddled over to the bar.

Phil was dumbfounded, so much so, the mouthful of warm gin martini spilled from his slack-jawed mouth. He slurped and looked upward, which was a part of his thinking process, and replayed the last three years of his life. His memories only consisted of hours in his work cubicle playing Spider Solitaire™ on his computer and that one fateful day at the golf course. He instinctively frowned and slugged down the rest of his drink.

He held the glass up to the light, and studied the imprinted lip stains on the rim. He wondered if this was like reading tea leafs. As rapid as his muddled mind could muster, he bounced between thoughts of all the recent breakthroughs in DNA, germ warfare, the difference between a lemon and a lime aside from the color, unmet personal goals and thirst. He was reminded of the old adage, “Martinis are like breasts, one is not enough, and three is too many. But four or more is a serious party.” For some unbeknownst reason, he blurted, “Six, six, six.” He should have said, “Eight, eight, eight.” With this, he approached the bar clumsily.

Simon was groping himself frantically with a half cigarette barely hanging on to his bottom lip. From Phil’s vantage point, Simon’s spasms made him look like a marionette controlled by someone having a seizure. Phil looked at his empty glass again, and looked at Simon, back to the glass, and back to Simon, he repeated this a dozen times. An important decision had to be made. Get another drink and deal with the asshole who is mad at you, or something else, anything else.

The next morning, Phil woke up, thanks to a persistent bony finger jabbing him in the shoulder. The poker crackled, “You can’t sleep here. Don’t make me call the cops.”

As he lifted his head, a trail of saliva followed. He shook his head hard while assessing where he was. Who falls asleep in a bowling alley on top of a Frogger® game? Who wets himself like this? Shame overwhelmed him, and the sensation doubled as he felt something squish under his ass as he shifted in his seat. A putrid scent followed.

He watched the cleaning woman walk away. She tugged her sagging pants up before scratching her ass.