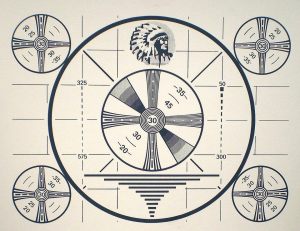 Back in my day, instead of inane infomercials about removing age spots and excess stomach flab at 2 a.m., we had this.

Mr. Floyd Biggenwoch took a long puff from his pipe, which looked suspiciously like a bubble-blowing apparatus, and after exhaling bubbles through the pipe’s bowl, it was made conclusive.

The children groaned and rolled their eyes. Not again were their collective thoughts. Pompous asses like this is why the term blowhard will never become an outdated word. Had Mr. Floyd Biggenwoch had the slightest awareness of his audience’s disgust, it would not have stopped him from exhaling his idiotic words, so he continued thusly.

“There was no fake news. It could only be good or bad, and nothing in between. It was a simpler time. Black or white, none of this mollycoddling gray scale nonsense. All this twaddling minutiae qualifiers were created by the damn Pepsi generation™.”

The kids giggled because of the swear. Regardless of time and place, kids will always be amused by a good cuss. In this case, Pepsi®.

“In conclusion, I have only begun to speak. It is my duty to inform the newest generation, you, that our generation was the last good one. In essence, you, all of you, are the fruit flies of our success.”

It didn’t matter what he said after duty. The kids laughed heartily over the words that followed, drowning them out. Mr. Floyd Biggenwoch was unconcerned about losing his audience, for you can never lose what you never had.