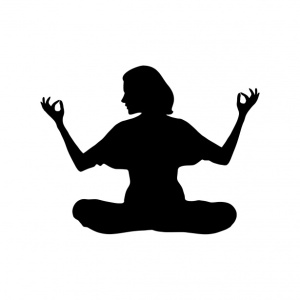 Just as a manual for better living prescribed, Joan Lung closed her eyes for as long as she could. With each deep inhale, she slowed down her heartbeat, and with each exhale, she ridded her body of persistent stress. In theory, like antibiotics remove bacteria or Lipitor® lowers cholesterol, it was sensible. Then again, modern medicine is more about liberal marketing propaganda than curing, so it’s actually dumbed down for the masses.

The last thing Joan needed right now in this precise moment was not some namby-pamby opinionated mumbo jumbo. If she wanted religion, she would have gone to church more often, at least more than never. It was as plain as her self-imposed predicament; she needed science.

Eight minutes passed, and she opened her eyes. She was still stuck in a crowded elevator going down. She was still holding her tattered taped up cardboard box of belongings, which included a very dead cactus. Someone was still wearing too much perfume or cologne. In this new day of asexual scents, who knew? Who cares? She was still newly unemployed, due to budget cuts, new ownership, and her overt racism and sexism. More pressing though, she really had to pee.