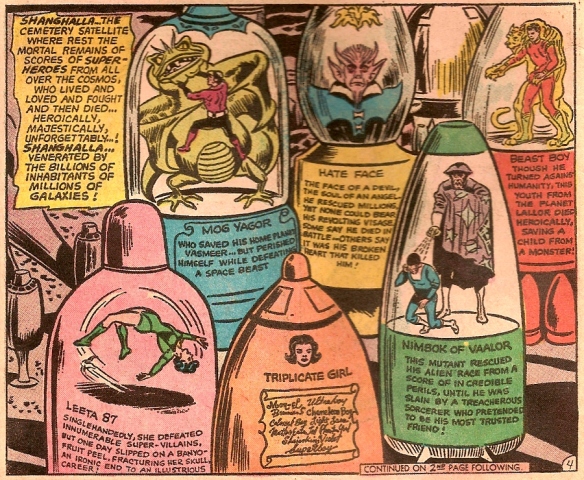 Ernie Hemingway was pissed off. Seriously. He was supposed to be alone. He was not. This was supposed to be his first vacation in eight years. He needed it. Instead, he was laid up at the damn county hospital with a swollen gall bladder, or cholecystitis.

“It could have been worse,” Dr. Pastrami said.

Dr. Pastrami skedaddled, but not before saying, “Yeesh, what a grouch!” It is worth noting, his impression of Ed Norton was uncanny.

The hospital staff openly nicknamed him Hate Face. Surprisingly, Ernie was absolutely good with it.

When he was a child, the first comic book he ever read was Adventure #341 starring Superboy and The Legion of Super-heroes. In it, there was a panel explaining the cemetery satellite for fallen super-heroes, Shanghalla. One of the elaborate tombstones read: “Hate Face. The face of a devil, the soul of an angel. He rescued millions, yet none could bear his revolting visage. Some say he died in battle.. others say it was his broken heart that killed him.” This image had a huge impact on Ernie.

Ernie looked out the window at the parking lot full of cars, mostly silver SUVs.

Something clicked, or snapped in his brain. He went into a trance. He methodically unhooked the tubes from his arms. It was as if he had done this many times before. The truth was, he never had, and he was extremely lucky he didn’t bleed to death.

He staggered down the hallway, and down the fire escape, never to be seen again.

If you’re one to believe rumors, he cleaned up his act, changed his appearance with clever Botox® injections, and manages a KFC® in Hoffman Estates. But that’s if you believe Vicky. If you believe Josh, he’s selling high-end designer drugs to day traders, and might be a day trader himself.