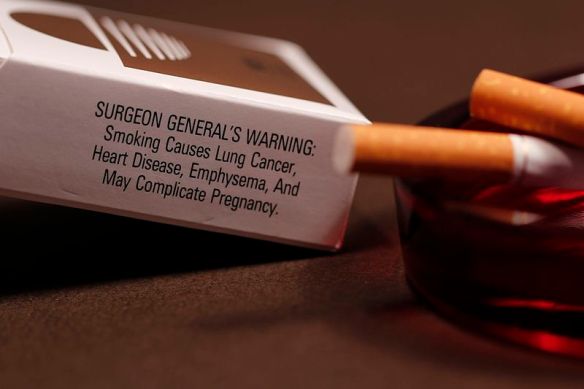 Before we knew that big tobacco purposely made their cigarettes highly addictive, we were mostly worried about emphysema.

There are new warning labels on cigarette packs. This is what it says:

A Federal Court has ordered Lorillard, Altria, Philip Morris USA, and R.J. Reynolds Tobacco (the previous maker of Winston) to make this statement about the addictiveness of smoking and nicotine.

What is more important is what this “doesn’t” say. James Dean looked cool when he smoked. He controlled his destiny by choosing the technique of slow suicide. Even though, ultimately, he supported “the man”, he still defied “the man” by using “the man’s” product. In the end, he showed them what’s what by dying in a fiery car crash.