So unbelievable, it has to be true.

It was a momentous and historic day for the Jackson 5. It was June 1970 in the Hitsville West Studio in L.A. The boys were putting the finishing touches on their latest and greatest single, “Never Can Say Goodbye”. In 1971, it would reach #2 on Billboard’s Pop Singles chart, and #1 on Billboard’s Black Singles chart. As the brothers prepared to add Michael’s lead vocals, a faceless man slowly materialized in the studio and began to what could best be described, sing.

END_OF_DOCUMENT_TOKEN_TO_BE_REPLACED 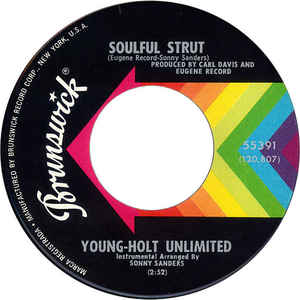 “Soulful Strut” is the song you don’t know by name, but odds are you love it. Instrumentals are tricky that way. Unless you know, you just don’t. The original definitive version is performed by Young-Holt Unlimited in 1968. This tune is the soundtrack to the happiest day of your life. Oh yeah, it puts that extra bounce in your step. You can finally say that you’ve walked on seventh heaven, and not the WB television show.

END_OF_DOCUMENT_TOKEN_TO_BE_REPLACED 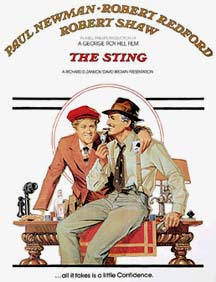 “The Entertainer” was written by Scott Joplin in 1902. It enjoyed modest success as a two-step dance number in its day. It probably would have remained an obscure slice of musical history, but thanks to the movie The Sting, set in 1936, released in 1973, there was a resurgence in ragtime music, and “The Entertainer” got a lot of AM radio play. It was weird to hear something like “Bennie And The Jets” by Elton John followed by “The Lord’s Prayer” by Sister Janet Mead followed by “The Entertainer” by Marvin Hamlisch on WLS. I had no idea how good things were.

END_OF_DOCUMENT_TOKEN_TO_BE_REPLACED

“Raindrops Keep Fallin’ On My Head” was released in October of 1969, and marched on up to reach the number one position of the music charts in January of 1970. It remained at the top spot for three weeks. It was used as the centerpiece of George Roy Hill’s Butch Cassidy And The Sundance Kid starring Paul Newman and Robert Redford.